Is this thing on? (or a summary of the last 12 months)

June 2011 - If I don't keep this going as I do things I'll fall behind. It is now just about 12 months since my last entry. I guess that calls for a 12 month summary in one post so here goes. 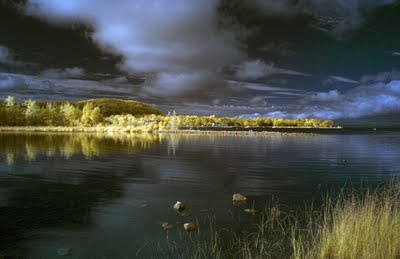 Infra-Red photo of Fish Creek as seen from Weborg Point Campground
October found Tanya and I in Door County for the third consecutive year. This time we were able to secure a campsite at the Weborg Point Campground at Peninsula State Park. This is THE campground to stay at in the park. It is the smallest with the best views. The trip up north this time had us taking a detour to get a new battery for the Rav 4 after it failed to start after our stop at Door Peninsula Winery. After this it was a fantastic weekend. 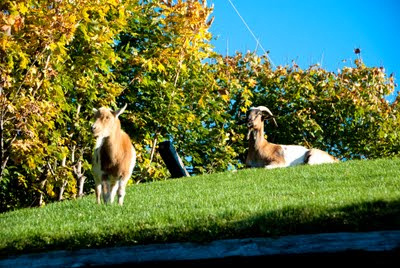 Goats on the roof at Al Johnson's Swedish Restaurant in Sister Bay, WI

After our third time here we finally made it to Al Johnson's Swedish Restaurant in Sister Bay for breakfast. I loved the swedish pancakes. The wait was long for a table so we decided to grab to open seats at the breakfast counter. The food was excellent. After breakfast we took the ferry over to Washington Island for the afternoon. 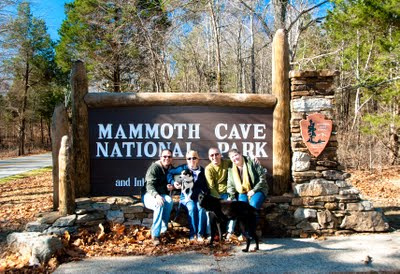 Dave, Wrigley, Billy Jo, Merlot, Dan and Tanya at Mammoth Cave NP
Thanksgiving weekend we headed to Mammoth Cave National Park. We promised our nephew Nicholas when he turned 16 we'd take him on the Wild Cave tour. I also persuaded my friend Dave to go along (it didn't take much). Tanya and Billy Jo and our dogs Wrigley and Merlot came along for the ride (but not the tour).
Las Vegas - December 2010 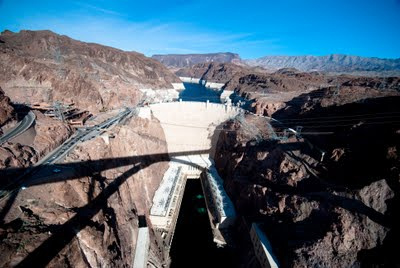 The Hoover Dam as seen from the O'Calaghan - Tillman Memorial Bridge
Between Christmas and New Years we spent five days in Las Vegas. We stayed at the Golden Nugget on Fremont Street. Our activities this time included The Lion King at Mandalay Bay, the Hoover Dam, Willow Beach National Fish Hatchery, lunch at Emeril's Table 10 restaurant at Palazzo and  also lunch at Bobby Flay's Mesa Grill in Caesars Palace.
Columbus, Ohio - April 2011 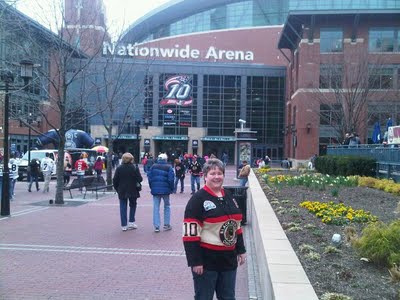 Tanya at Nationwide Arena for the Blackhawks game.
Tanya surprised me for my birthday by taking me to a Blackhawks game in Columbus, Ohio. We got a late start because of work but we were able to meet our friend Mike for a couple quick beverages before closing time at the Red Door Tavern. The next day was game day. We had pre-game snacks at Barrio Tapas near the Nationwide Arena. The game was a success, the Blackhawks won 4-3 on a shootout. The next day we went to the Columbus Zoo and then had a great dinner at Barcelona in Germantown. And by the way, Skyline Chili still sucks.
Spring MVOR Cave Weekend - April 2011 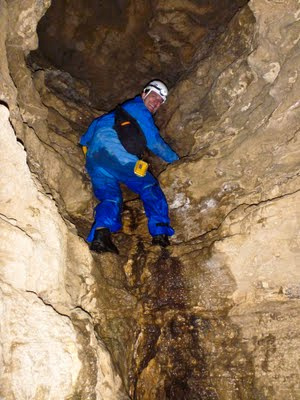 Here I am climbing to check out a new passage in Tunnel Cave in Missouri
The end of April I spent a weekend in Pulaski County Missouri at an annual spring caving fest. Caving is something I don't get to do often enough so I jumped at the opportunity of this event happening when I had an open weekend. I was able to explore three caves (Campground, Spring and Tunnel caves) and meet many great cavers. Check out the National Speleological Society for info on caving.
Warrior Dash - June 18, 2011 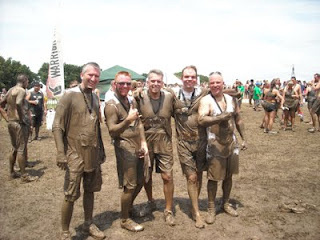 Me, Vince, Chris, Dave, Mike after the 2011 Midwest Warrior Dash
The Warrior Dash was probably not the brightest choice I made this past 12 months. It is a 3.28 mile course with ten obstacles on it (climbing walls, tires to run through, fire to jump over, and mud pits to swim through under barbed wire). I finished in 55:46.30 (at least it was under an hour). To say I was out of shape was an understatement. I'd rather ride my bike. I give credit to anyone who gets enjoyment/satisfaction from running. Out of all the Saturday "Warriors" I finished 6666 overall. Before the race my friend Dave thought it funny that his bib number was 45666 figuring it was an omen of things to come. The best part of the day was having a few beers after the event.
This now gets me caught up to begin posting our Lake Michigan Circle Tour trip. Hopefully this trip will be posted soon.
Dan
Keywords: Miscellaneous, Travel
« Previous Post Next Post »