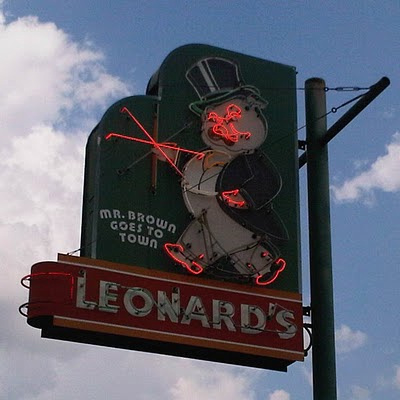 June 16th, 2010 - Driving down to New Orleans with my brother to help a friend's daughter and family celebrate her 21st birthday. We decide the spend the night in Memphis to break up the long drive down. After driving 8 hours and 15 minutes we arrived at our hotel. We unloaded and headed out to grab either a late lunch or early dinner. We decided to go to Leonard's Pit Barbecue which was featured on Food Network's Diners, Drive-Ins and Dives (and was also only a mile from our hotel). 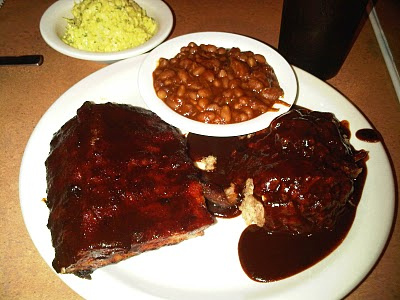 I ordered the Ribs and BBQ dinner. This included BBQ ribs, BBQ pork shoulder, beans, slaw and rolls. The rolls were so good you didn't need butter. But who am I crappin'. I added butter. The beans had pulled pork mixed in them. The slaw was good as well. But of course the star of the meal was the BBQ and it did not disappoint. I washed this down with some sweet tea and I was in heaven. 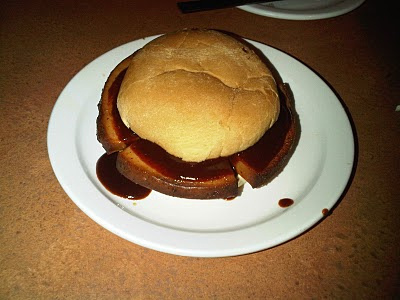 Also, my brother and I split a BBQ Bologna sandwich. It intrigued me and am I glad it did. I'd recommend it to anyone. Although my wife would probably equate it to me and my enjoyment of SPAM.

That's all for now. Heading to check out what Beale Street is all about.